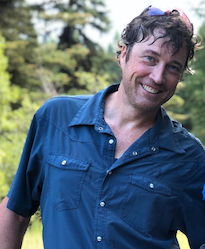 John Johnston played lacrosse at Humboldt State University as a defenseman where he enjoyed bruising the arms of several fine fellows and blocking as many shots as possible. John initially learned lacrosse in his early teenage years at Montera Jr. High in Oakland, California. After college, John moved to Utah where he spent twelve years skiing for Alta Ski Area, where he met his wife, Britt, and moved to Sun Valley with her.

John is the International Sales Manager for Rocky Mountain Hardware and has been with the company since 2007. In 2009, John and Britt welcomed their son Hoken into their lives and have been raising him as best they can ever since.