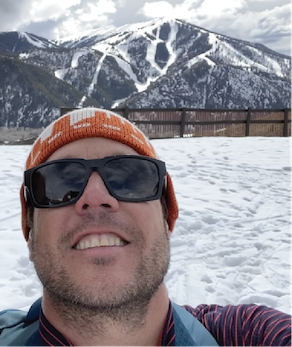 Andy Jones is from Summit, New Jersey and played Varsity lacrosse for Chuck Reubling at the perennial national powerhouse Delbarton. As team Co-Captain, Andy was voted team MVP, 1st Team All-Morris County, 2nd Team All-State, was a 2x State Championship runner-up and held the school record for goals in a game with 7 as a middie. In the winter, Andy played several seasons of box lacrosse and was selected to the New Jersey Tri-State All-Star team. In addition to lacrosse, Andy was Co-Captain of the Delbarton football team, won a State Championship, received team MVP honors, was voted 1st Team All-Morris County, 1st Team All-State as a wide receiver, 3rd Team All-State as a defensive back and had a record-breaking 99-yard interception return for a touchdown in the State Championship semi-finals to solidify a win against one of the country’s most successful high school programs. Andy received runner-up honors for New Jersey’s “Athlete of the Year” according to the Daily Record newspaper. Andy went on to play Division-3 lacrosse and football at Williams College where he was a 4-year starter in both sports and graduated with a degree in Economics. Prior to relocating to Sun Valley with his wife, Megan, and their four children (Lucy, Piper, Marlowe and Sawyer), Andy was involved with La Jolla Lacrosse and assisted setting up a clinic with the most recent National Lacrosse League team, the San Diego Seals, to spread the love of the game. Andy works within Morgan Stanley Private Wealth Management and manages money for a select number of families.